John has spent far more years than he cares to remember watching cars, karts and bikes racing around and around and around. What started off as a hobby turned into a passion then morphed into a career as the easy accessibility of karting increased throughout the UK. There was a time where he was passably quick in a kart but these days a keen sense of self-preservation means that his lap times can be measured on a calendar rather than a stopwatch.

In a previous life he travelled the globe jumping on and off oil tankers, trained at the Prue Leith Cookery School, studied Earth Sciences at Open University, has written magazine articles as well as running some of the largest corporate karting championships in the country. If he didn’t have to exercise his greyhound and lurcher every day he probably wouldn’t leave his desk and his waistline would be considerably larger. 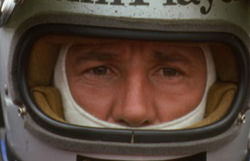 Where do we start? Some say that he was the first to race karts around Stonehenge, others will swear that his kart early races were the inspiration for the chariot race in the original Ben Hur movie; either way Martin has been in the business for a very, very long time. He is our ‘go-to’ man for those special jobs where we need to build a ‘monaco-style’ kart circuit in somebody’s car park. He was also the first person in the UK to put go karts indoors, which spawned the nationwide trend, raced saloon cars, run umpteen successful go kart businesses, hosted hundreds of corporate events for multi-national companies and has also overseen the running of several Middle-Eastern 24-hour races; he has also spent the night in an Dubai gaol for swearing at a Crown Prince. Like the rest of us he is a confirmed petrol head but these days he is more than happy to spend his days drifting into the sunset on his yacht. 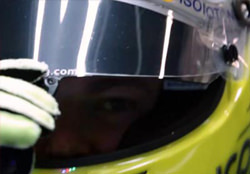 We’ve tried, oh how we’ve tried, but so far we’ve not made any impression on Dawn’s lack of passion for motorsport. At the Monaco Grand Prix she found the boats in the harbour far more interesting than the stars on the circuit and the skills of Senna, Prost, Piquet, Mansell et al completely passed her by. If that wasn’t bad enough she also fell asleep during the movie ‘Senna’ which, in our opinion, is probably the best motor racing film of all time! However, every business needs a backroom person to make sure things are running smoothly and she is the lady for the job.

Her interests are more eclectic than the rest of the team and she has a keen interest in arts (she is a dab hand with a pen/brush/marker or in fact anything she can make marks on paper with), crafts (she has a room full of projects that should take about 50 years to complete), reading (she has a small library of books) and current affairs (doesn’t everyone shout at the news on Radio 4?). 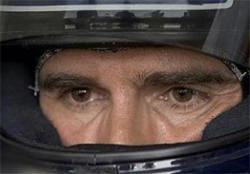 Supermarkets have ‘secret shoppers’, Top Gear has ‘The Stig’, we have Vince. Vince is our undercover kart driver who drops in unannounced at tracks throughout the country to see if they are living up to our expectations.

Naturally he’s a bit handy in a kart so on the mechanical side he knows what he wants it to go like and feel like but he is also very keen on venue presentation and the ‘customer experience’ so we get excellent feedback from wherever he’s been.

Like the bulk of the UK Go Karting team Vince is a motorsport enthusiast and has an encyclopaedic (some would say anorak-ish) knowledge of Formula 1. His main vice is his need to get from A to B in the quickest possible time and to help him in his quest he has spent a small fortune over the years on ‘upgrading’ (turbocharging, re-mapping, chips, rolling roads – he’s done the lot) his road cars.

It appears you're outside the UK. If you are a UK resident, please enter your postcode into the search box above and we'll show you your nearest tracks.